AT&T JUST DOESN’T GET IT!

At NAB 2012 I saw three new cameras that have four new recording codecs. There were also additional new cameras that I didn’t check out. There were also new codecs for existing cameras. That’s not counting the new stand alone recorders and other devices.  How are we to keep track of the new recording data possibilities?  How are we to know on-set what version of which post production software can use which codec?  It’s a nightmare.

AT&T, the 14th largest company in the world, has been handling the Apple iPhone since launch in 2007. Exclusively handled it for the first maybe five years. The iPhone is now in its fifth generation. After all these years, after all of these versions, after all of these upgrades, and with all of these resources, why does AT&T still not realize that the iPhone, iPad, and iOS devices don’t do Flash? 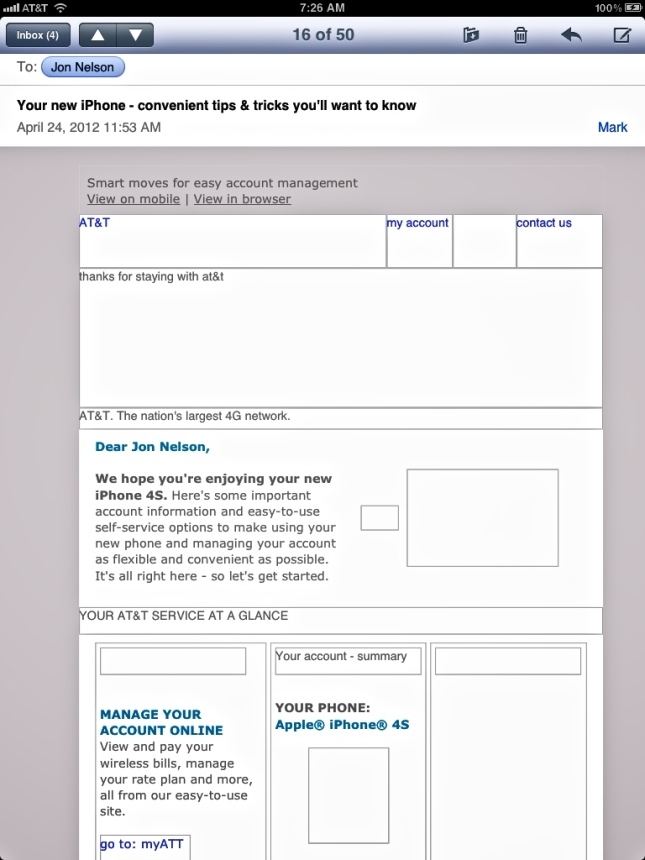 I’m going to worry less about all of the codecs. Rather cut myself a little slack. Until I’m at least on my version 6.13 cranial firmware update.