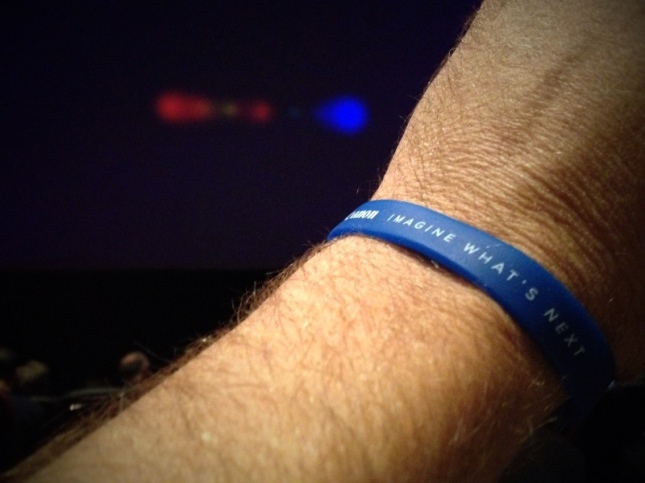 What does a wristband admission ticket mean? Are these new toys so expensive that you have to trade body parts to afford them?

In a short word YES! I let other blogs explain what the secs and money ramifications are.

My initial feeling is that the C500 will be desirable but that the EOS-1D C might be too much money against other options in the marketplace. Let’s see what both are in terms of features and cost once they get to the marketplace (late 2012?)

The new zoom are going to be about half the cost of the current cinema zooms, less of a focal range, and less image quality.

So far I haven’t traded or sold any body parts. I’ll be checking out the competition’s cameras and lenses tomorrow on day 1.