Sometimes the impossible is possible…

I’ve helped out First Baptist Church, Richmond VA with many small projects for their television ministry.  (After all, local church television ministries are a big interest of mine as I started out my television experience at FBC, West Palm Beach FL… ahem, in 1975, back in the first days of color TV with RCA TK-41 turret lens tube cameras, tubes as in three racks of tubes for each camera!)

I lit FBC Richmond’s first Christmas special back in 1999.  By 2003 the church had forgotten all of the previous toil, was still celebrating the great ’99 experience, and had taken several years to plan production of another Christmas TV special.

Besides myself there were only a few other paid crew persons. We did employ a rigging crew for several days prior to the first night’s shoot.  All of the rest of the crew were church member volunteers.  Counting choir members, food service, child care, security, sets & Props, “snow” camera crew, sound crew, etc. there were in excess of 200 people involved some nights of the production.

FBC Richmond has a great exterior courtyard.  We didn’t build any sets! Yet, we did have to shoot at night.  Outside.  And, we couldn’t make any noise after certain hours due to FBC’s urban residential location.

The general schedule was:

Rig during the day for the following night’s shooting

Start shooting immediately at dusk for as long as possible depending on choirs, noise, etc

At that night’s wrap, change lighting placements for the next night’s shooting

Then program the lighting until dawn or exhaustion stops the process

This was my second major production where volunteers comprised the majority if the crew.  I’m not convinced it would work for every endeavor…  but it has for God’s work.  In 2006 I would work on FIRST LANDING a mostly volunteer  faith-based production. 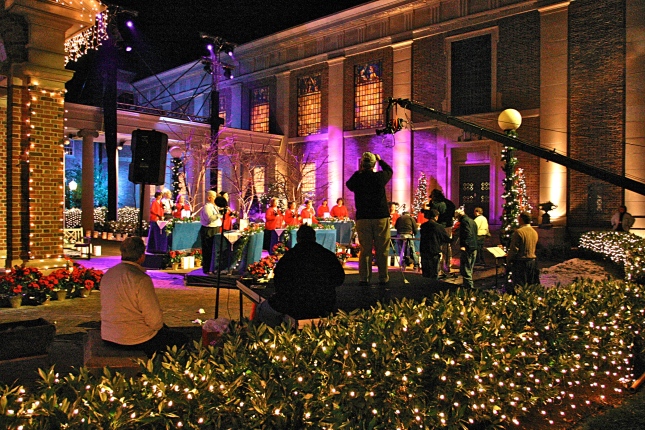 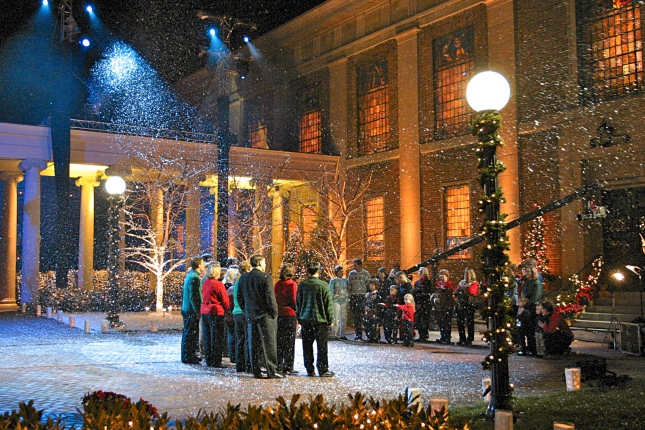 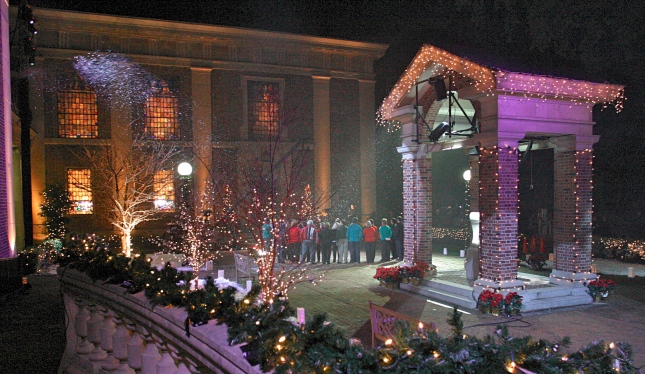 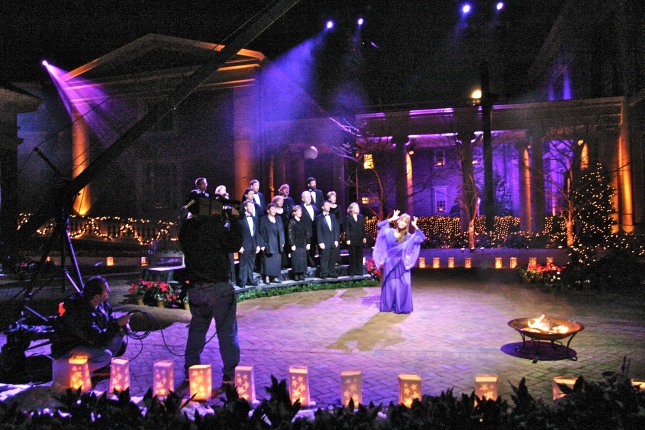 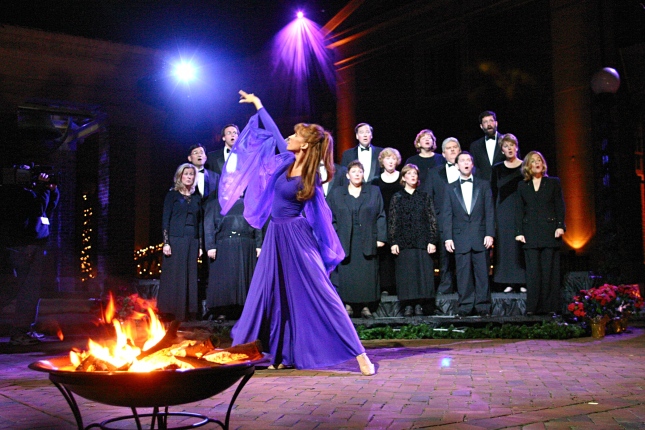 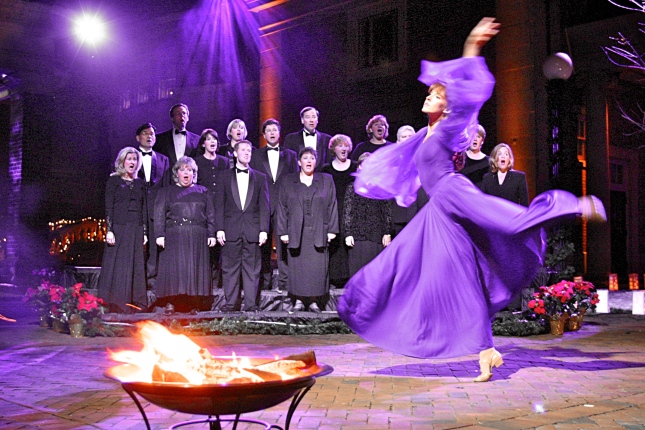 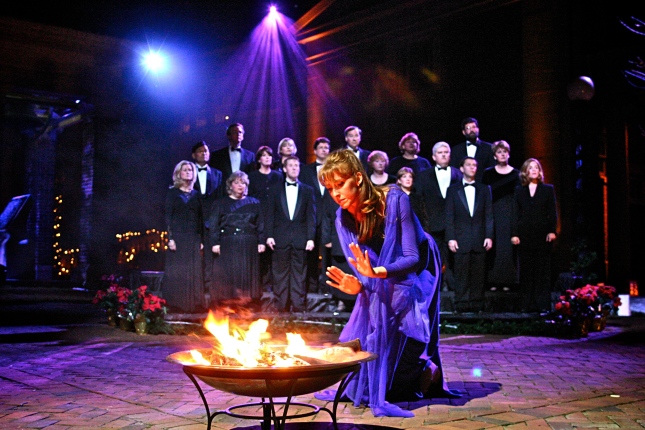 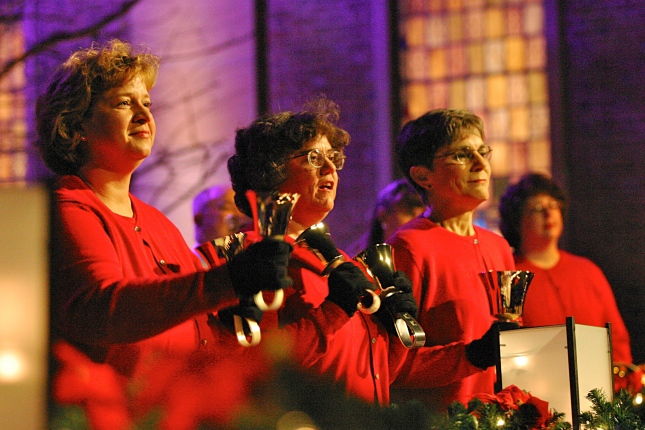 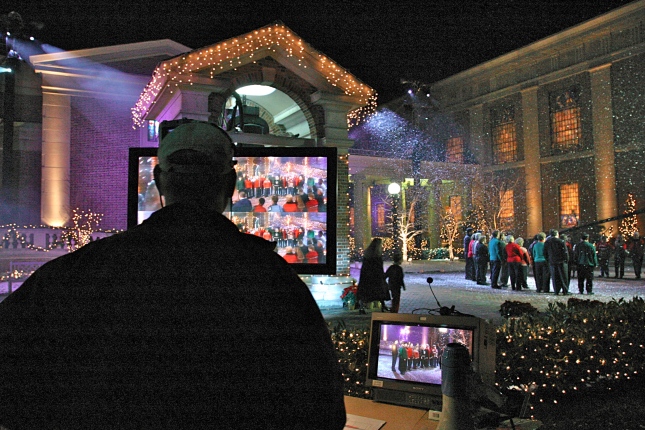 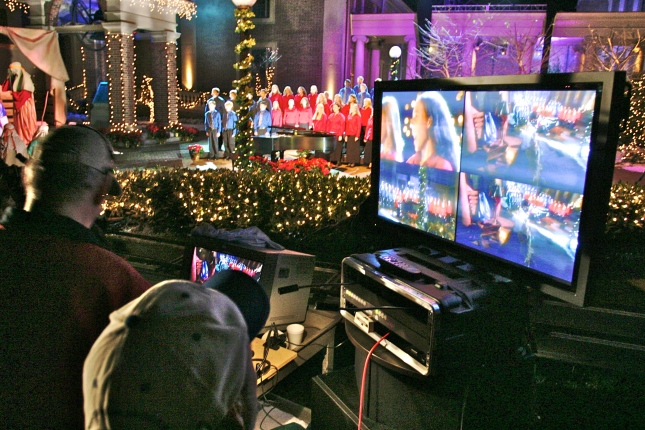 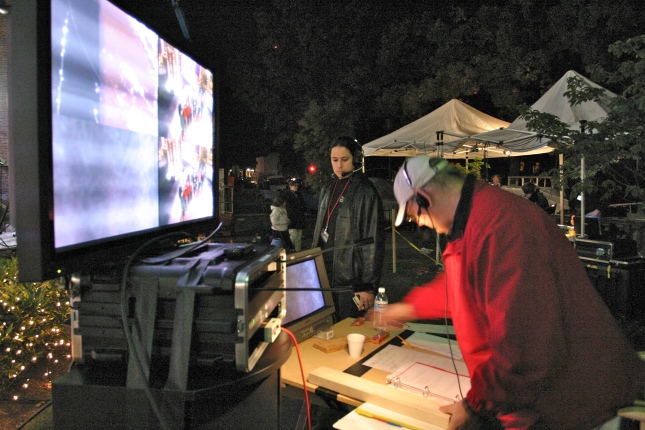 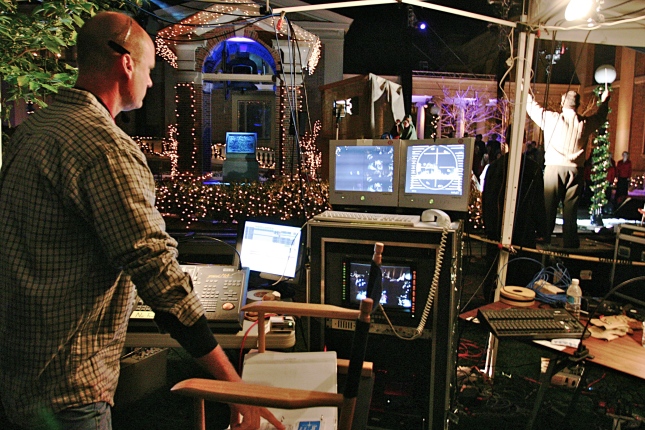